Classical art’s main characteristics make it popular and improve its look. Those basic aspects by which it is easy to recognize and distinguishes itself from other artistic movements. Influenced in its inception and development by the art of the Doric, Mycenaean and Eastern civilizations, the masters and schools of Classical art bring their innovations, creating the canon of beauty and harmony representative of classical art in force West. 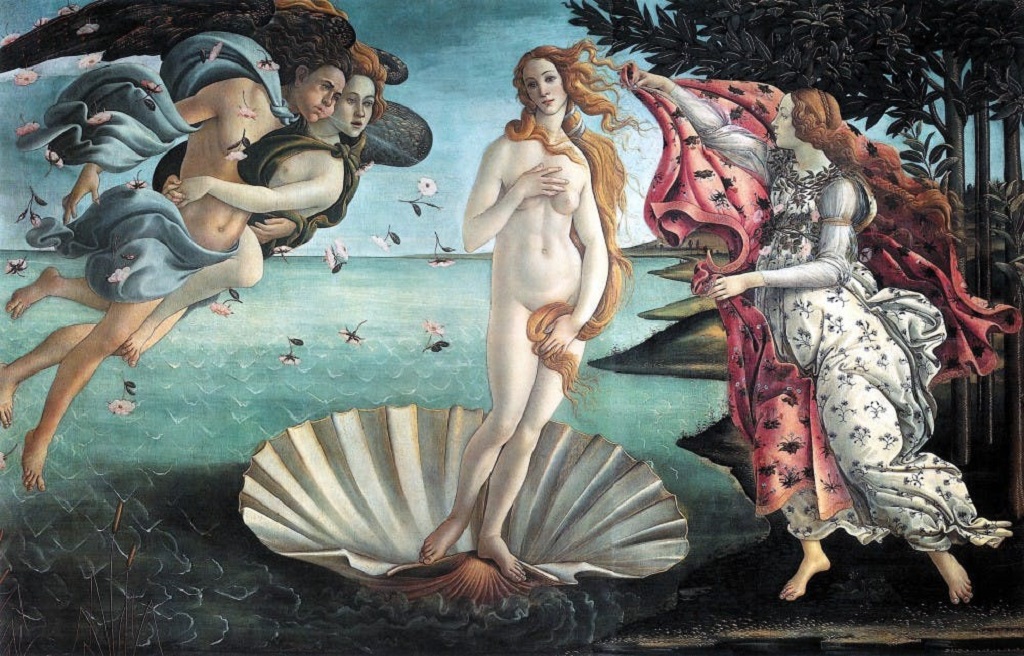 In their quest to understand nature, the ideas of great ancient Classical philosophers are of great importance in determining what the function of art should be.

Aristotelian mimesis. According to Aristotle, the essential purpose of art must be the imitation of nature. Therefore Classical art focuses on the study and representation of the surrounding nature.

Platonic ideal. However, this representation of nature is not a naturalistic and reliable copy, but an idyllic aesthetic aspires to represent the ideal beauty and perfection proposed by Plato.

Rational thought. To achieve the beauty and idyllic perfection of the world of ideas, one turns to the rational analysis of nature. The use of proportion and the balance of the elements for which the time’s mathematical knowledge is used is key.

Anthropocentrism. Speaking of measures and proportions, a humanist conception of the world places man at its center and proposes it as the ideal measure. The study of the human body favors developing a detailed study of its anatomy is widely represented.

Classical mythology. Religion in Ancient Greece motivates the creation of art and crafts to worship their gods (anthropomorphic and humanized). Their mythology is one of the main themes of art and the representation of athletes and battles.

Technical improvement. The desire for perfection motivates artistic improvement by making Classical art evolve from its hieratic geometric stereotypes to the technical domain that will eventually allow the representation of movement or the delight of dramatic emotions.

The stylistic revolution that Classical art brought about is usually studied divided into several stages well differentiated by their particular characteristics. However, only the main general characteristics are mentioned in this article. Keep reading how to evolve snom.

What is Classicism in art?

The artistic and literary style that is characterized by a return to the aesthetic standards of Greco-Roman antiquity is called Classicism. Balance and sobriety, harmonize with the spirit of freedom that combines the humanist tendency, the basis of his conception of the spirit of man.

As we have already expressed, classicism included literature, music, and the so-called major arts. We will take a tour of the various artistic manifestations and their representatives.

However, we will emphasize that some sources place the works of classicism in the so-called neoclassical movement, as it is analogous to the latter.

Many works are located between those of the early renaissance, completely classical, framed in the following of the canon of ancient Greece. Buildings that tend towards technical perfection, with a strict balance between harmony and perfection.

The classical influence of ancient Greece is remarkable, with a predominance of the Corinthian order. Use of entablatures and pediments, as well as the use of the semicircular arch. The use of barrel vaults or edges, as well as the dome; in frank imitation of the Renaissance.

Although it is difficult to separate classicism from neoclassicism, when we talk about architecture, we can highlight authors who dedicated themselves to highlighting the classicist style. William Wilkins (1778 – 1839) English architect with a passion for classical art. A sample of his work is The Grange at Northington. English mansion of remarkable beauty and elegance built in the 19th century.

In sculpture, the classicist impact was less than in the other arts, because it was never totally detached from the classical ideal. It is inspired by the works of the Renaissance, but it is not very verbose, it is really taken up in the Neoclassical.

Inspired by classical Greco-Roman fullness. Defines the ideals of perfection and beauty adjustable to the human figure. The perfect man is your aesthetic preference. Works with few expressions at first, but which were expanded, by showing naivety, violence, and other sentiments in the neoclassical.

The works draw on Greek history, literature, and mythology, becoming the main muse of inspiration for artists. They used resistant and beautiful materials, white marble and bronze, among the favorites.

Simon Guillain (1518 – 1658) was a French sculptor trained in Rome, Italy. Follower of classicism, he sculpted various funerary monuments. As a founding member of the Royal Academy of Painting and Sculpture. He was later appointed its academic rector in 1657. He is considered a precursor of French classicism. His works include the Tomb of Carlotte-Catherine de la Tremoille, wife of Count Henry I of Bourbon.

The pictorial current of Classicism emerged as a contrast to the Baroque style and Mannerism. In the beginning, he ran into a serious setback, the little existence of old paintings as a reference to follow. This is the reason for the predominance of drawing, inspired by sculpture and little interest in the reflection of light.

Space is built on successive planes. Prevalence of drawing over color. Closed works, always at the center of the composition. The theme focuses on mythology, history, and the human figure. Some painters highlighted the landscape, presented with balance and serenity, giving it an aspect of admirable beauty. The creators of classical art stood out for their creative genius and the prolific nature of their work. There are several painters who take the merit of being immortal like their work.